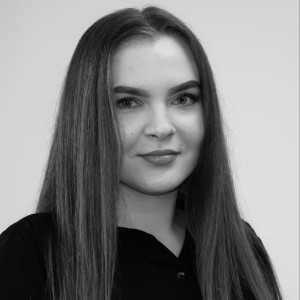 The Brown Box: How EMS Helped Joanna Grow Her Business “It’s a family-run business. There’s myself, my husband and my little boy who’s four. He likes to be involved – testing bath bombs and things like that,” Joanna said.

Now Joanna is expanding her business by opening a physical store: “We’ve just purchased a shop in Loftus, in the marketplace. So at the moment, we’re working on getting the shop ready to open.”

The shop is also going to have a coffee bar and Joanna is hoping to rent out the accommodation above the shop turning it into a holiday let.

Where the story began

When Joanna was a child, she had a dream to be a teacher. She achieved that dream and after 12 years of teaching became a headteacher.

At the same time, she also became a mum. This big life event has changed the way Joanna sees the world. She realised she wants to spend more time with her family and give her son all the love and attention possible. And this is how her business journey began.

“In December 2020 I started thinking about what I was going to do. I decided I was leaving education. And just thinking of other ideas, and it [starting a business] was something that felt like the right thing to do,” Joanna said. “And it was very, very quick from making that decision. I spoke to Nic in January 2021 and by the end of March, the website was up and running.”

When it comes to the business idea, Joanna has always enjoyed shopping, especially looking for some unique gifts. Also, she and her husband have always liked the idea of having a cafè.

“I love shopping. And I really like it when we go on holiday and find those little quirky gift shops where you don’t need anything, but you see something and you think it’s really nice, I’m going to buy it,” Joanna explained where the business idea came from. “There’s nowhere close by where I live that you can get nice gifts without having to travel somewhere or go online. So I thought it would be nice.”

From idea to starting a business

With no business background, Joanna knew what she wanted to do, but didn’t know where to start.

She contacted the local council for some business advice and they put her in touch with Enterprise Made Simple.

Advice and support provided by EMS and business advisor Nic Calvert had not only helped her to set up her business but also made her realise that running a business isn’t as easy as one might think.

“I think you’re very naive when you don’t run a business. You think that anyone can do it. But you don’t know the processes that are involved,” she said. “When Nic was asking me what support I needed, I said it will be practical things like how to put prices and tills. I can’t believe I said that because actually, there’s all of the planning and preparation and research that you need to do in the background.”

However, working with Nic has also helped Joanna identify the skills she’d already had:

“I found that actually, from being in school, I had a lot of skills that were transferable. I was used to writing school improvement plans and that was very helpful with my business plan.”

Change of plans and success

When Joanna first came up with a business idea, she wanted The Brown Box to be a physical shop from day one. However, it wasn’t as easy as she expected. As she couldn’t get a property quickly, Nic suggested she starts online.

“I think it was best to do it that way around because everything’s in place now. All that hard work of getting the website sorted has all been done and it’s been good to get the brand out there for people to see,” Joanna was happy everything turned out well.

Now The Brown Box is expanding and Joanna is only a step away from making her dream of running a physical store a reality. The shop will be located in Loftus marketplace, where Joanna used to work when she was a teenager:

“It means a lot to me to be part of that community. It’s bringing it all back and supporting the community and having that family feeling.”

Apart from one to one support, Joanna has also attended training courses that she found beneficial: “It focused me into the business to look at what we needed to do, when it needed to be done and what we were going to do moving forward.”

Due to lockdown, she had to do all the courses online but it wasn’t a problem: “My husband could do it alongside me as well. It was really good for us to have those conversations as to what might work, what might not work, what we can do now.”

According to Joanna, another benefit of attending training courses was making new connections. “It was good to have the conversations with other people and to see that they might have the same questions or worries or that there was someone else that had done it and could help you,” she added.

When asked about her experience with EMS, Joanna was happy with everything: “It feels like a family atmosphere and that’s really important for me as a business. It’s nice to have that feeling that you’re not going somewhere where you’re going to be judged. People are there to help you and point you in the right direction and be supportive,” she said. “Nic’s always been just at the end of the phone or the end of an email whenever I needed help.”

Do you want to start a business?

Do you feel inspired by Joanna’s story and would like to start your own business? Whether you don’t know where to start or only need a little bit of advice, we’re always here for you! We don’t care about your experience in the business. We want to see your passion and help you with your journey!